The year is sometime in a possible future and it’s 6 ’o clock in the morning. A loud pitched noise from a bed alarm, one of very few low-tech gadgets in this future, has just jolted Juliana Restrepo out of bed.

“At least the remainder of the day will be less harsh, I hope” she catches herself muttering in her mind while she gets ready for a new day.

If the wind blowing outside, which had stirred all throughout the city of Medellín, Colombia, had been able to talk to her, it would probably have whispered: “Dear Juliana, that remains to be seen.”

Luckily for us, the readers, we have been provided with a rare opportunity to glimpse at just that, how Juliana’s following activities would, or better said, might have looked like. All of this provided via the following video sent to us of a possible, albeit messy or even dystopic, future.

The above video is a concept film by Keiichi Matsuda, which according to the description:

”[P]resents a provocative and kaleidoscopic new vision of the future, where physical and virtual realities have merged, and the city is saturated in media.”

It is no overstatement to say that social networking media and digitalized media and technology based services are being integrated into society whether we like it or not, but is also becoming an increasingly integrated part of the day-to-day lives of most people.

Let us, as an example, look closer at the popular concept of smart mobility. What we are seeing, as of lately (but I would argue already since the late 1990s), are transport developers and mobility service providers attempting to develop services that provide a means of visualizing ”what’s happening now” while predicting ”what might happen and what needs to be done next”. A classic example are intelligent journey planners and smart planning services available via mobile information services, and increasingly via apps.

What we are seeing are attempts at both combining and then offering choices based on different modes of transportation and mobility which in turn is based on end-users’ real-time needs and preferences, whenever and wherever, based on on-demand wishes presented while on the go and via their fingertips.

Smart mobility in this regard is based on aggregating vast amount of data from multiple sources in order to generate new real-time information that users can act upon. [1] One of the main challenges in the design and management of such attempts at facilitating smart mobility is to engage users to interact with the intended services while being motivated to continue doing so.

But the above goes two ways. That very same means for two-way communication permits the service provider to basically do the same, beyond just gathering, processing, and disseminating critical data and information, but also any other information which can be transmitted via increasingly high capacity low-latency communication technologies back and forth and to end-users on the go (e.g., via 5G cellular mobile communications). [2]

If we add on top of this how important these intelligent transport systems and services (ITS) (e.g., mobile services and their applications for smart mobility) are for promoting and ensuring a more safe, clean and sustainable transport development we might find that the scenario depicted above, in which Juliana finds herself, does cause some concerns. The technologies we see are Augmented Reality (AR) and Virtual Reality (VR) and they are some of the more recent examples of technologies with the potential of creating new means for people to interact with each other and their surroundings, generating new forms of spatiality and interaction. AR in particular is a technology that permits enhanced experiences by placing digital objects in real spaces. [3]

The question becomes in what ways such a means of enhanced experience may affect the user uptake of the services aimed at facilitating smart mobility but also in which way may it affect the safety and usability of the service while out in traffic?

In short: New technologies, digitalization and the Internet of Things (IoT) are just some of the developments’ that provide us with a potential for disruptive innovation – with a potential for new forms of transport and mobility development – but handled carelessly it might also be disrupting that very same potential, throwing the end-user or any other stakeholder of the service into confusion, risking the willingness to use the service, or in the worst case promoting an unsustainable and not so smart use of the service – all in all, impending that very same potential towards truly smart mobility.

Looking through Julia’s eyes, as she struggles with her daily chores, as depicted in the video above, one might easily think that Julia would need to be a systems administrator (or at the very least have access to a sophisticated information management system) in order to be able to go about with her daily life.

That should not have to be the case. Which brings us to the issue of smart mobility from a service provider’s perspective.

Here are some pointers.

There are of course many more issues that need to be addressed.
But in order to keep it simple and let you have time to watch the video I will leave it at that.

In the meantime, here’s me wishing for a sensible development towards a truly smart mobility-based service provision – whether in reality, or in hyper-reality.

If you are interested in hearing more about issues related to smart mobility I will be presenting a session about Mobility-as-a-Service called Road Operators Perspective on MaaS at the ITS Forum 2018 in Utrecht, Holland.

”The forum invites all public and private parties involved in road traffic management and ITS to join the discussion such as road authorities, public and private motorway operators, ITS System Providers for Traffic Information, Service Providers, expertis in C-ITS development, International Stakeholder Organisations, Consultants and Reseachers.” 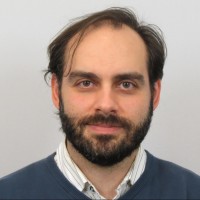