Welcomed, by the Swedish King Carl XVI Gustaf, delegates focused ears and eyes on the Stockholm+50 stage. And he really set the tone that migrated down the road of all following high-level speakers in the opening segment. Addressing the audience, and recognising being a part of the original Stockholm 1972 meeting, he stated: “You have the knowledge, you have the tools. Now, make it happen.”

Following the King’s speech, lights were down and the stage was overtaken by young people, interpreting our current environmental status, the despair and hope, with very skilled and inspiring dancing.

Swedish Prime Minister Magdalena Andersson was elected Meeting President together with Kenya’s president, both representing the two organizing countries. She continued by highlighting:
“We are at a crossroads… We are hurting our planet… No country or person is left behind in the green transition and this is not an option, this is our moral obligation.

We must deliver on the declarations… We are no near on delivering on the goals. We need to do more, and much faster. Industry demands it. People demand it. The young demand it. The political leaders must do what it takes. We must work harder.

We won’t speed up the green transition because we are kind, but because we are smart. Green growth is the path to create growth, green jobs and prosperity for all.

Every nation must do its part. Go home and do more and much faster.”

UN General Secretary, Antonio Guterres, who has become more and more Greta-esque in his language, reminded world leaders to “lead us out of this mess”. He also wanted to see fast-tracking of permits for renewable energy projects and a tripling of investments in renewables and nature based solutions. Guterres finished with the classical “There is only one planet Earth, and I thank you”. (We were all waiting for it…)

Speaking of sustainability: Both the Kenyan President and the Swedish PM finished their speeches by citing Swedish PM Olof Palme’s speech from the 1972 meeting, using the same quote. That speech has aged well and will be echoed throughout this meeting. From a more melancholic perspective, it also proves that a speech in itself won’t be enough. From now on, it will all be about deploying the solutions and action, action, action. 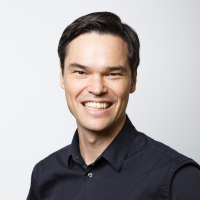